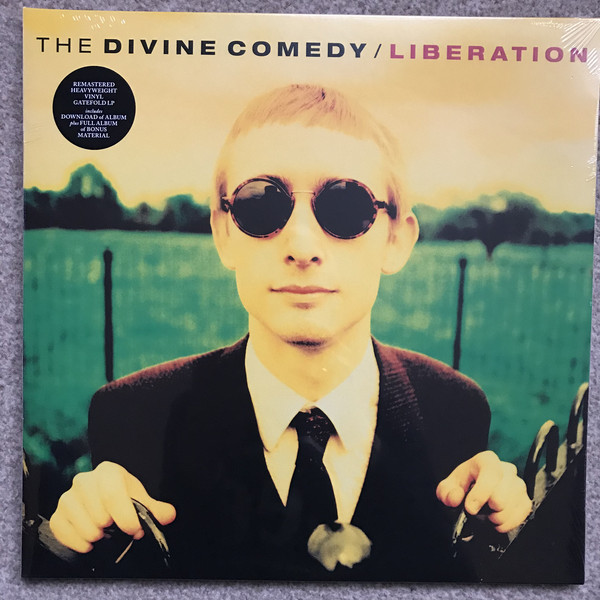 Is my fledgling online out of print book business allowed to have it’s own soundtrack? If so then I’ve no hesitation in choosing Liberation by The Divine Comedy.

I first heard the album in the summer of 1993. I was working in music journalism in London and was thrilled by the review tape of the album, which was scheduled for an autumn release.

Liberation liberated me from the teenage hangover emotions I was dragging around London at this time. The album became the soundtrack of my Brixton house share where I sustained myself with red wine and food cooked by my Spanish housemate as we dissected the ennui of our miserable urban lives.

The album sounds like nothing else, as all great albums do. Neil Hannon comes from Northern Ireland but That Petrol Emotion, Undertones and Ash it ain’t. I know most fans love him for My Lovely Horse and National Express but Liberation wins every time for me.

And yes, you could say Liberation sounds un petit peu pretentious with all those literary references: F. Scott Fitzgerald,  Anton Chekhov, William Wordsworth and E. M. Forster but the album opens with a tribute to David McKee’s Mr Benn. You can’t call that pretentious! Every summer I have to play Hannon’s homage to hay fever, The Pop Singer’s Fear of the Pollen Count.

I never tire of this 28 year old album. Is I type I can hear the opening of final track Lucy. It’s beautiful, it’s moving and is forever associated with…well, I’m afraid there are certain memories I can’t share on this blog. Liberation sustains me as I listen, remember and reflect.