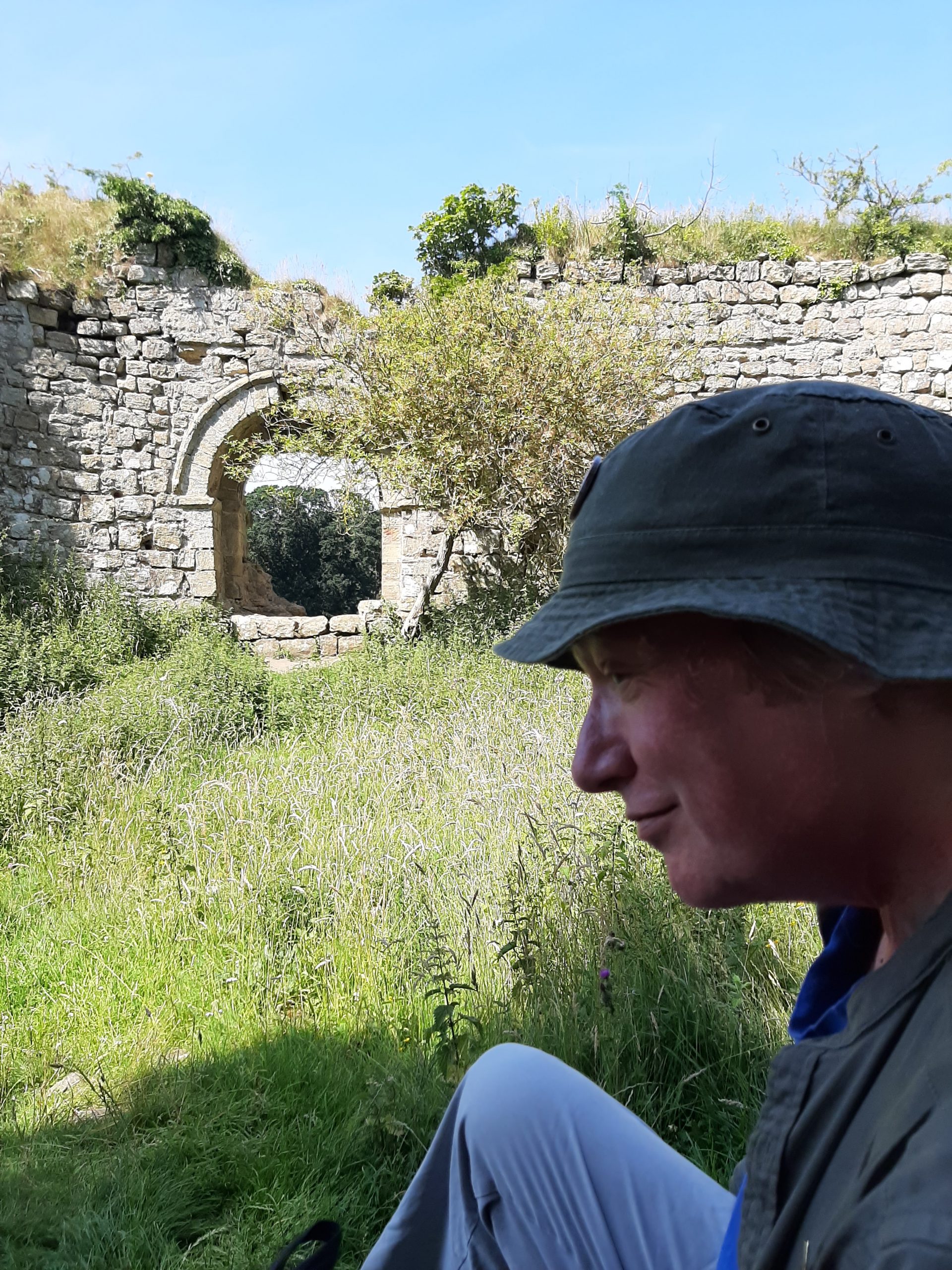 The first guest blogger on this new website is my friend and spoken word event co-pilot, Sandy Chadwin:

Being neither a playwright nor a scriptwriter (yet), I am unused to hearing other people reading out my work. In fact, it’s only happened twice to date – once when a fellow writer kindly read out a piece of mine for me at a poetry reading event when I could not, recent surgery having reduced my voice to a Bond-villainesque croak. The other one is this piece here, courtesy of the Hillside Curation:

(My bit starts at around the 14 minute mark)

The Hillside Creation are brothers David and Rick (aka electronica musician Rickerly) Hartley as explained by the former here:

So me and my brother Rick (aka, the experimental electronica musician Rickerly) have always been keen on collaboration. Many years ago we put together a little concept EP called Tether which was a short sci-fi story written by me set to music written by Rick. We enjoyed the process so much we decided it would be fun to continue such collaborations and I hit upon the idea of doing these curated mixtapes. Rick would often create mixes for me as little gifts and to share the music he was currently enjoying. So, I started recording myself reading some of my little tales and the works of other writers that I liked and admired. Soon we started fusing the two things together creating these megamixes. I realised it was a nice way for us to share our musical and literary discoveries with others, so we kept doing it. …[W]e tend to get them out every six months or so. We named it the Hillside Curation because we grew up on a street called Hillside Avenue in Preston.

Shells for Eyes and Starfish Hands is the seventh one they’ve done. The thing of mine that David reads here is My Old Man & the Sea (I am ridiculously proud of coming up with that title), a fragment of autobiography that I wrote as part of a work-in-progress, Jetsam Tides. It concerns my late father and his relationship with the sea and how said relationship almost killed me. It’s a light-hearted piece – no honestly it is! Inadvertent personal incidents of near-infanticide have long been a source of merriment within the Chadwin clan.

I met Hillside Creation via Twitter when David put out a request for maritime based writing. I submitted three pieces and included My Old Man as I had read it myself at an event I had done with Elaine and so knew that it worked as a spoken word piece. David chose it with the results you can here hear, as it were.

It’s a curious and liberating experience hearing your own work read out by someone you’ve never actually met. I had no say (nor did I wish any) in the style or manner of the reading, leaving that entirely to those recording it. The result was not what I expected, just as I had hoped. David’s reading and Rickerley’s accompaniment give it (to me anyway) an undercurrent of melancholia which I was unaware of when I wrote it and I don’t think I brought out in my own (unaccompanied) reading. This is the joy of collaboration – it is always a voyage of discovery for all involved.

And on top of all that, I get listed in the credits along with Emily Dickinson no less. It was all worth it for just that.

Thanks to Elaine for the opportunity of sharing with you.

Photo of Sandy by Livia Szeski.