Who is The Princess of Felling? 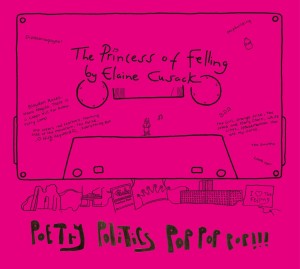 The Princess of Felling is an illustrated poetic memoir of my childhood and adolescence. The book pays homage to my home town of Felling and is an extended, loving letter to my late parents. The book was published in April 2019 by Limelight Classic Productions Limited and features photographs of Felling taken in summer 2018 by Rossena Petcova and unique maps by Steve Lancaster. Look out for the fold out map at the rear of the book!

The book resonates with readers of all ages. As  Felling lass Jill Halfpenny says in the book, “Reading Elaine’s stories and poetry takes me back to my childhood in Felling and all of the smells, sounds and tastes of that time. Her words allow me to remember things that I didn’t know I’d forgotten.”

Writer Tom Kelly says, “The Princess of Felling is a lovely heartfelt memoir that would bring a tear to a glass eye. It did to mine.”

“It’s perfect! I picture it like the Hundred Acre Wood…only in Felling. Just as magic, though.”

“Didn’t know what to expect…perhaps a 21st century interpretation of  a classic fairy tale…a well-intended pastiche of a Grimm maybe…but certaily not the affectionate, poignant, passionate tale that I procceded to devour I really enjoyed this diary, family saga,, travelogue and love story. It’s all of these and more….”

“Was so tempted to gobble this down in one sitting but forced myself to savour small delightful morsels. Just beautiful. And I’d forgotten all about skinshees!”

“I have smiled, nodded, chortled, reminisced, felt nostalgic and cried. Elaine has helped me to recall my own experiences in a parallel universe with exactly 5.9 miles and 1 year between us…”

“In parts it’s educational, nostalgic, humorous, sometimes evoking sad memories for me and lovely memories too. The story telling is seamless and impressive; I summed it up as being a delight!”

“It isn’t long enough! You get to the end and you want more! I love that it’s full of nostalgia and gentle pathos, but shot through with such a delightful, whimsical humour. It’s made me do what I never imagined I’d do: roam around the streets of Felling on Google Earth, looking for the places where these magic events occurred.”

“Great book, including history of the Felling area from a wonderful entertainer.”

Buy The Princess of Felling here or in person from my gigs and from Cogito Books in Hexham, Newcastle Central Library, Felling Volunteer Library, Gateshead Central Library and Happy Planet Studio and Gallery, 3A Ilfracombe Gardens, Whitley Bay, NE26 3ND.  You can also buy online from my publisher’s website and from my Etsy store.

And did you know The Princess has her own Spotify playlist ?!

In October I hosted The Princess of Felling Party at Felling’s Holly Hill Sports and Social Club. The Mayor and Mayoress of Gateshead were in attendance and we raised £200 for The Friends of Felling Park and Town Centre . 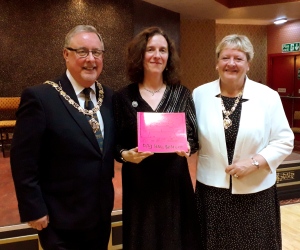 In November 2019 I hosted my London launch in Bloomsbury’s Rugby Tavern. It was great to see so many familiar faces in the crowd.

And in early December me and Mike Waller performed The Princess and the Piano at Newcastle’s Books on Tyne Festival.