The New Hartley Pit Disaster of 1862 claimed the lives of over 200 men and boys. It decimated a small but tight-knit Northumbrian community and even tugged at the heart strings of the recently widowed Queen Victoria.

Last Thursday 16th January  marked the 154th anniversary of the start of a week-long attempt to save the doomed souls entombed below frozen ground inside Hartley’s Hester pit. 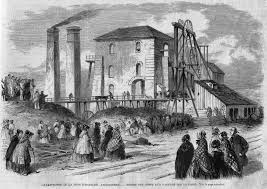 In 2012 I contributed a poem, History Lesson, to a locally produced book, Still the Sea Rolls On, commemorating the lives lost and affected by the tragedy. I’ve performed History Lesson in Newcastle’s Mining Institute, in Woodhorn church and beside the Hartley Disaster Memorial in Earsdon’s churchyard. 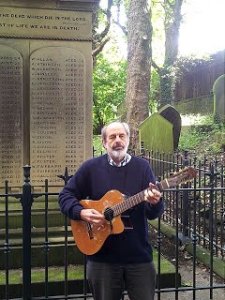 My work for the project brought me into contact with Chris Harrison, a London-based musician and the great-great grandson of pitman poet Joseph Skipsey. Joe is best known for his poem The Hartley Calamity which he performed at benefit gigs to raise money for and awareness of the plight of approximately 400 men, women and children bereaved and left destitute by the tragedy of January 1862. 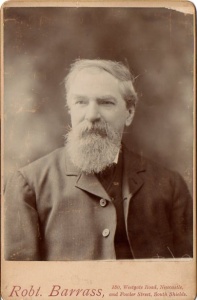 Chris has set his ancestor’s words to music and it was a delight to see and hear Chris perform last night in New Hartley’s Community Hall. Chris was part of the 13th Annual Memorial Concert for the Pit Disaster organised by local singing group Beeswing.  Chris felt like he was bringing Joe’s Hartley poem “home.” I think we all felt touched by that.

Headliners in the second half of the gig were Teesside’s sensational, The Wilsons. If you haven’t heard this loud, proud close harmony singing group then I’m surprised. They don’t need amplication! Their glorious sound filled the hall then later in the local pub for an impromptu singing session. Their version of When I Die I’ll Live Again in the lounge of that local pub was astonishing.