“Never again!” I harumphed as I walked out of the Literary and Philosophical Society on Newcastle’s Westgate Road.  It was a Monday evening in October 2014 and I was involved in the running of the inaugural Newcastle Photography Festival.

My Harumph Moment came on the first day of the festival. I’d had enough of everything and everyone including the organiser, the events, the venues and the punters. A swift stroll round the block that autumn evening reminded me that the festival was unique, important and (gasp!) fun. I headed straight back into the Lit and Phil and got on with the (voluntary) job in hand. 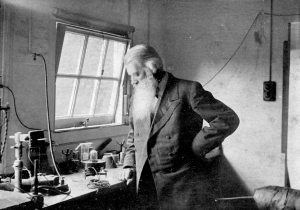 That first festival was inspired by the little-known photographic achievements of local hero, Joseph Swan. Better known as the inventor of the incandescent lightbulb, our festival highlighted his considerable achievements in the sphere of photographic technology. The festival also tied in with the centenary of his death.

That first event is sold out but there is plenty of opportunity to come and enjoy the festival throughout the week. We’ve got an exhibition of local artists running at The NewBridge Project in central Newcastle. The gallery is our hub for photographic workshops and demonstations.

As the week progresses, the festival moves to other venues in Newcastle including The Lit and Phil and The Mining Institute. On Thursday night the Lit and Phil will host The Romance of Edwardian Cycling, an evening filled with photos, poetry, music and bicycles. The following evening Derek Greenacre’s magical Victorian Magic Lantern Show will take place in The Mining Institute’s lecture theatre. To book tickets for either or both events visit the festival’s Ticketsource page

The festival’s final evening, Saturday 22nd October features Edinburgh-based photographer, Sheila Masson talking about her controversial photos of America and is followed by Jack Lowe talking about his amazing Lifeboat Station Project. Both these events are free (donations welcome). To book places on either or both events check out the festival’s downloable brochure on the festival’s website

See you around Newcastle this week!